More than just an ice arena! 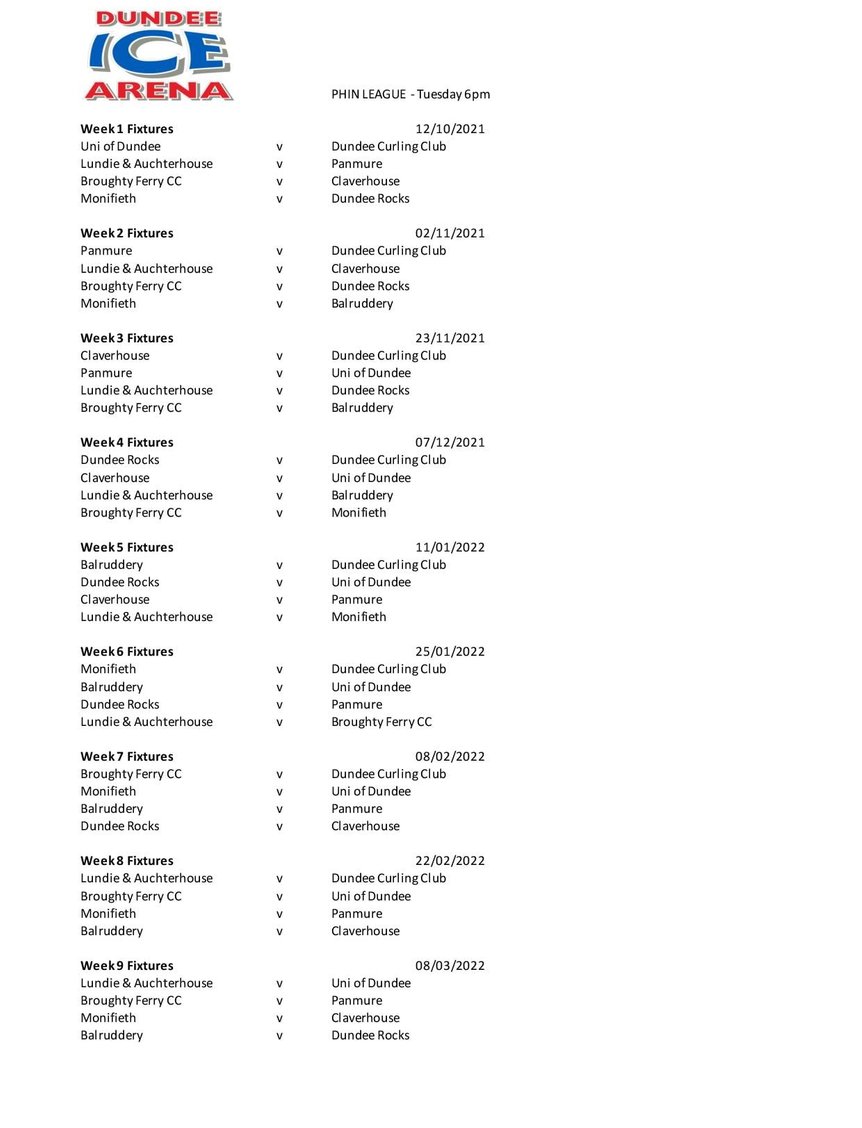 - R.C.C.C. Rules, including the free guard zone, will apply, and where necessary, the decision of DIA Curling Manager will be final. (Note that RCCC rules differentiate slightly from WCF rules).

- Entries treated on a first come basis up to a maximum of 12 teams in season 2016-17. Open to any four curlers that have to be in the same club. CLUBS MAY ENTER MORE THAN ONE TEAM

- Teams arriving with a player short will be allowed to play but will forfeit 1 shot for every 5 minutes late up to a maximum of 6 shots. The result of the game will stand. Rinks with 2 or more players short will forfeit the game with a score of 6-0 and 4 ends - the team will be responsible for the full ice fees

- Unlimited subs allowed, provided they have not played for another team in the same competition and are registered with the club on the RCCC database.  Juniors and Virtual Club members can play with more than one team

- All games will be played over 8 ends or the bell (at 1hr 50mins), whichever is the soonest.

- 2 points will be awarded for a win and 1 point for a tied game.

- Any game date fixture may be re-arranged subject to agreement with DIA and the two teams. Should any game fail to be re-arranged the team that is unable to fulfil the original fixture will be responsible for the full ice fees and will forfeit the game with a score of 6-0 and 4 ends.

- League standings shall be updated after every session and ranked in order of: Points scored, Ends won, Shot difference (+/-), and Shots scored.

- If after all league games have been played, any two or more teams are still tied, their head-to-head result(s) shall decide the rankings followed by ranking of the next placed team in the league.